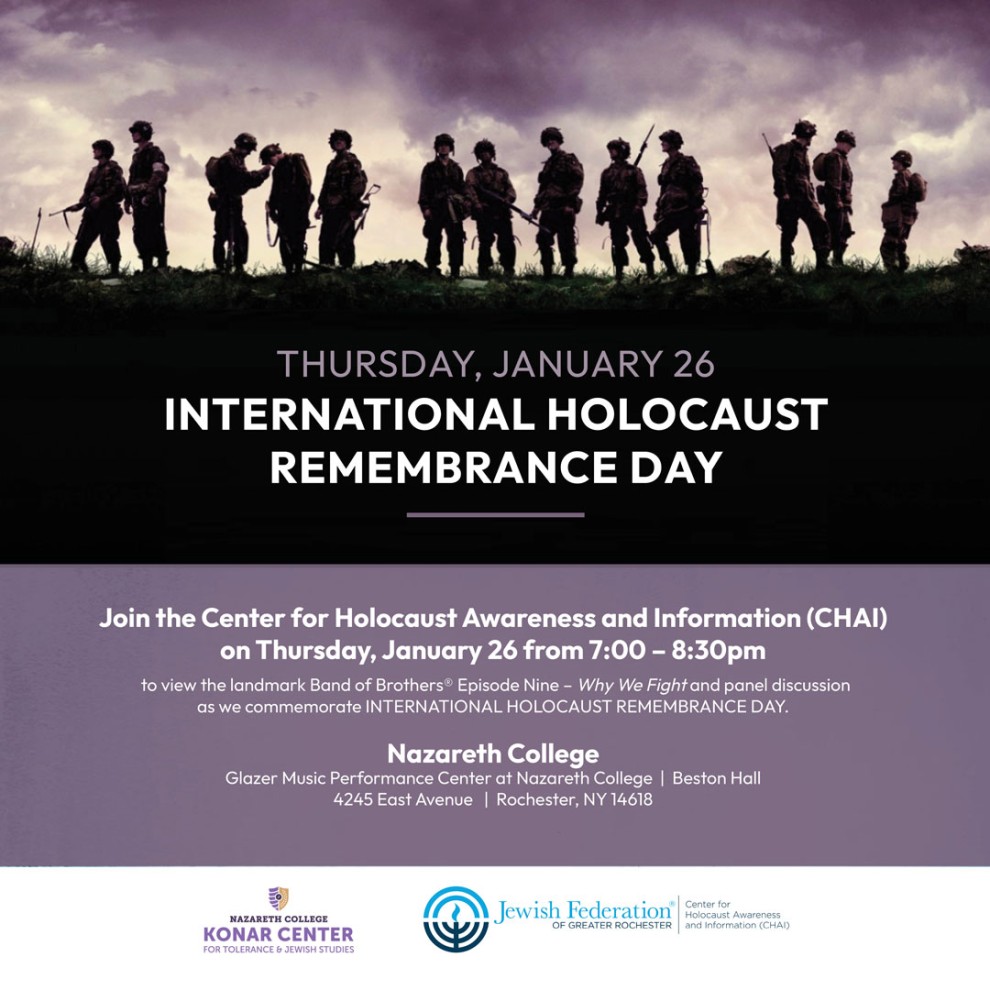 Join the Center for Holocaust Awareness and Information (CHAI) on Thursday, January 26 from 7:00 – 8:30pm to view the landmark Band of Brothers® Episode Nine – Why We Fight and panel discussion as we commemorate INTERNATIONAL HOLOCAUST REMEMBRANCE DAY.

This award-winning miniseries recounts the remarkable achievements of an elite team of U.S. paratroopers whose World War II exploits are as incredible as they are true.

The film will be followed by a panel discussion that will include a second-generation survivor, second generation veteran and historian.

Disclaimer: The Band of Brothers program is rated TV-MA and is intended to be viewed by mature, adult audiences and may be unsuitable for children under 17.