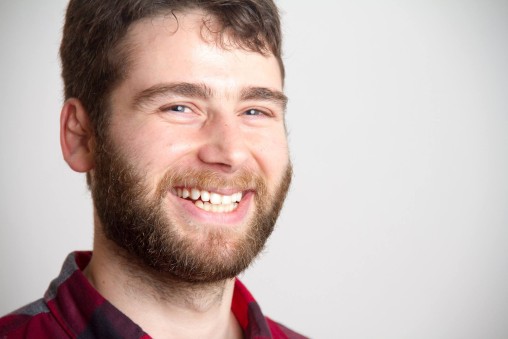 Young Professional with a Mission

On a Tuesday morning only months after relocating from San Francisco to his native Rochester, entrepreneur Zack Ellis walked into the Federation for a networking meeting to discuss his new online venture TheirStory (www.theirstory.io), a digital platform devoted to multi-generational dialogue and oral history.

An alum of the University of Pennsylvania, Zack graduated from Brighton High School and became a Bar Mitzvah at Temple Sinai. He created TheirStory to help facilitate, record and then digitally archive meaningful conversation, with the goal of sharing experiences to promote empathy and bring communities together. As he tells it, “My interest in approaching the Federation was to say ‘Hey, I think we're both working towards the same ends, so maybe there’s some opportunity to work together.’”

While that conversation did help lead to Zack’s working with the Federation on the upcoming G2 Intergenerational Initiative (www.g2family.org), to Zack’s surprise, the conversation led to a new opportunity in his personal life as well. That morning he learned about the Federation-sponsored initiatives dedicated to young Jewish professionals just like him, starting with Roc City Jews -- a program promoting community and engagement among recent college graduates as well as young and established professionals.

“My first Roc City event was a meetup on Christmas Eve at a Jewish-owned bar in town,” Zack said. “I met some great people, and that led to a volunteering event at Pencils and Paper, and it’s sort of snowballed from there.” Zack also laughingly reported that his Roc City Jews connection has led to a friendship with a doppelgänger of like mind and appearance.

Ask Zack what he’s doing this June, and he’ll tell you he’s going to Israel— for the first time—as a member of the Young Leadership Adventure with Birthright Israel. The two-week trip combines a first-time Birthright-style experience with a young leadership mission, so that participants not only visit essential tourist destinations, but also meet with Israeli organizations where Federation funding from the U.S. has made a positive impact.

“Going to Israel and having a chance to learn about it from the people who live there is something I've always wanted to do,” commented Zack. “I mean, I was exposed to the basics about Israel history and culture back in Hebrew School, but with the young leadership mission I’m hoping to sort of pull back the curtain and see what Israel’s really like.”

Looking forward to the trip, Zack is planning to go without expectations and is eager to absorb as much as he can. Admittedly, though, he did have one hesitation.

“I haven't been all that religious over the years, so I wondered whether going on this free trip would be taking undue advantage of the sponsor. But thankfully, I learned a trip of this kind is actually put together for people like me.”

“I’m really glad I had that first meeting at the Federation. I would recommend anyone my age, especially if you’re new to Rochester, to check out the Federation and their programs. It’s a great community.”