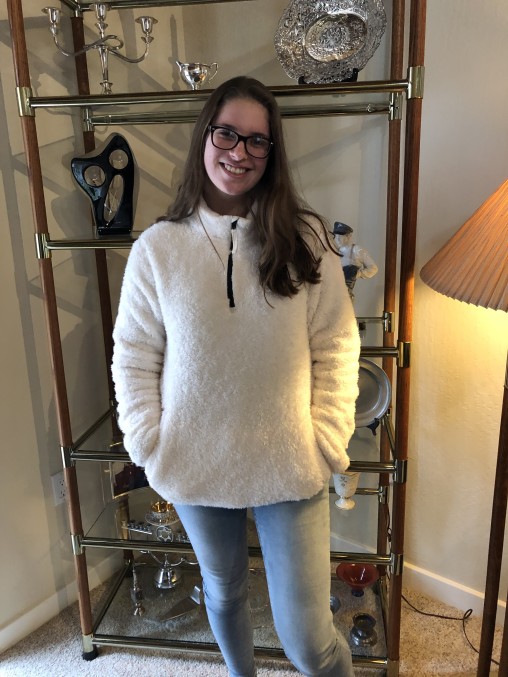 Fifteen-year-old Aliyah Couch has been interested in the Holocaust for nearly as long as she can remember. So when the Harley School freshman got the opportunity to join other kids her age on the Jewish Federation’s 2019 Zikaron (“Remembrance”)  Trip to the National Holocaust Museum in Washington, DC, she knew she had to go.

“I’ve been reading books about the Holocaust since I was in second grade,” Aliyah says.  “The subject’s just something I’ve always been curious about. My grandmother is a survivor of the Kindertransport out of Germany, and I’ve had the chance to ask her a lot of questions, but this was my first chance to visit the Holocaust Museum.”

A member and Bat Mitzvah of Temple Sinai, Aliyah has been involved in the local Jewish community through her participation in the Federation’s Madrichim Teaching Assistants program, followed by her service to Temple Sinai’s religious school. The Zikaron trip was her first Federation-sponsored experience to another city.

For over a decade, the annual Zikaron trip has taken a group of approximately 20 eighth and ninth graders for an overnight stay in Washington, DC to visit the National Holocaust museum along with other historical sites and monuments, like the White House or the Lincoln Memorial. The goal of the trip is to encourage teens to reflect on the past as they discuss their shared museum experience and challenge each other to consider how they might positively impact their own world today.

That goal wasn’t lost on Aliyah. “Seeing the museum’s historic artifacts and the actual newspaper articles from that time on display made everything more real to me in a way that it had never been before. It’s like everything I’d been reading became more three-dimensional because it was all in a context that brought everything together.” One exhibit in particular struck her in the way it showed how harmful stereotypes can be in a free society. “It seemed like a lesson for now,” she says. “It’s so easy for some people to blame minorities for their problems, and so sad to see where the stereotyping of any group can lead.”

Among the teens on the trip, Aliyah was thrilled to find friends she knew from school, her synagogue, and Camp Seneca Lake, not to mention the new friends she was able to get to know during down time at group dinner and at the hotel. But it’s the learning experience that makes Aliyah recommend the Zikaron trip to other teens. “You learn things on the trip, but it’s knowledge you want to have. And being away on a trip with friends makes the learning fun.”